I had the well anticipated pleasure of attending a “release party” at Abacela Vineyard & Winery in Roseburg, Oregon last evening for their 2009 Estate Tempranillo. I have known these owners and staff since they first re-located here and planted their first vineyard. It’s hard to believe how far they have come, to becoming one of the best vineyards, in my opinion in Southern Oregon. Their secret for success is the dedication and drive of owner Earl Jones, to produce Tempranillo to rival Spain, here in Oregon, along with the support of his lovely wife Hilda, and their excellent staff.

There was a fair size crowd in their new event center when I arrived, strategically late, and was immediately poured a taste of the new release Tempranillo by Andrew, the vintner. I have known Andrew for quite a few years, and have watched as he has developed into a thing of beauty as a winemaker, under the wings of Earl Jones. It’s always refreshing to hear the excitement in his voice as he talks about even the most tedious of jobs he has to do, to produce such a fine example of wine.

As I bring this glass of dark brilliant red wine up to my nose with gentle swirl, my senses immediately pick up the fruitiness of this magnificent grape, along with a wisp of alcohol. As I take my first sip I am engulfed by what is a powerful, well balanced mouthy feel, with  medium tannins that grasp my teeth and gums and tell me to look out, because the flavor train is on it’s way ! The luscious body, and layers of flavor developed in this Tempranillo of Abacela, instruct your brain to the plain fact that this wine right now, in the words of Earl, “Would drink nicely with a juicy steak, tonight”!, and also that it will please your palate even more, every year, for many years to come.

This is the difference I am certain, between the Tempranillo created by Earl Jones and his crew, and other that followed him to produce Tempranillo in the U.S. Earl and his crew were in fact the first winery in the U.S. to produce Tempranillo as a stand along wine, and to perfect it into a rival for it’s parent country Spain. Others have joined the parade, but at this point are producing lighter, drink now and enjoyable wine, that makes people happy. Abacela is producing Tempranillo at a level that is appreciated by a more developed palate now, and as they bring a bottle of that vintage from the wine cellar each year. 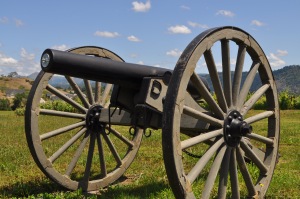 While talking to Earl last night, I told him I would love to take a bottle of this release, his “09 Estate Tempranillo, to Spain and enter it in a classic blind tasting against the best Spanish Tempranillo’s. Earl smiled, looked at me and said “Let me tell you a story”.

But you will have to wait for another day to hear that one. May be a good idea to “Like” this blog, because Earls story will likely be featured in a well known magazine later this year.