Building your new home in Belize, the Good, Bad and Ugly that can happen. 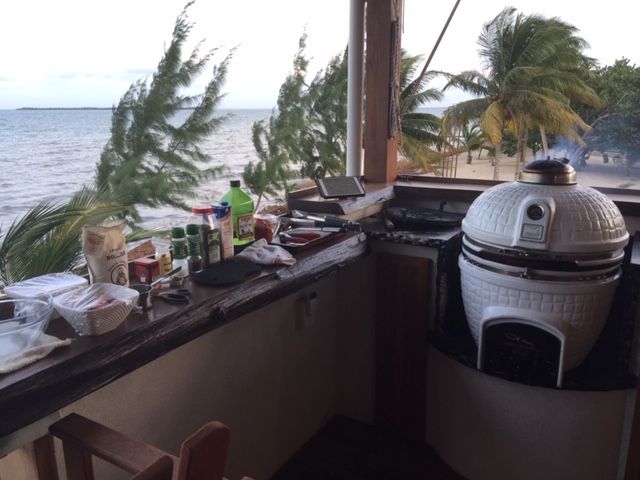 Pyrates Paradise Paella on my Vision Grill, overlooking the Caribbean, for an evening with good friends.

As things come to an end here at Pyrates Paradise with our home build, I can honestly say I would do it all over again, knowing what I learned of course. Little things like finishing patches on outside walls, correcting some drainage issues we have discovered during heavy rains, and adding some additional electric boxes are some. 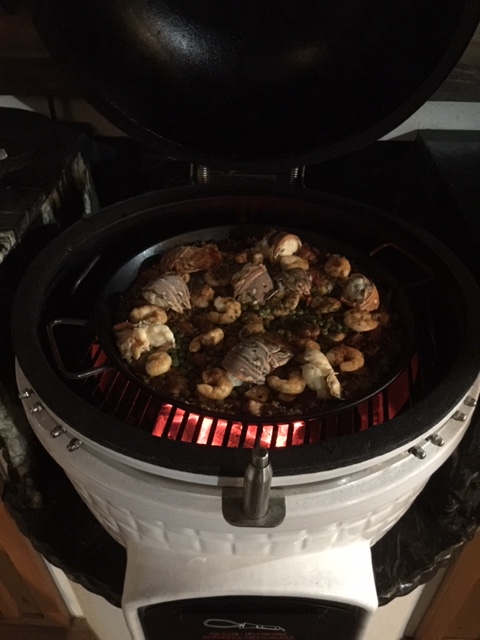 Of the multiple design flaws we encountered, the un-needed kitchen window, the wrong height roofline over the outdoor shower, there was another major mistake. If you build a home in Belize, or anywhere that experiences major rains, make sure your home design, especially over your outdoor decks, includes an overhang.

The outside deck on our outdoor shower side isn’t covered by the roof, thus massive rain and water not contained and removed by the rooftop gutter system. We recently had to hire a contractor to install gutters on the outside edge of the floor to send runoff out to sea.

Another issue with the original “builder / general contractor” arose after we had to call for service on our air conditioning system. After three repair calls, where they found a fuse blown in the outside unit, the 4th call found a burned electrical panel in the AC unit. 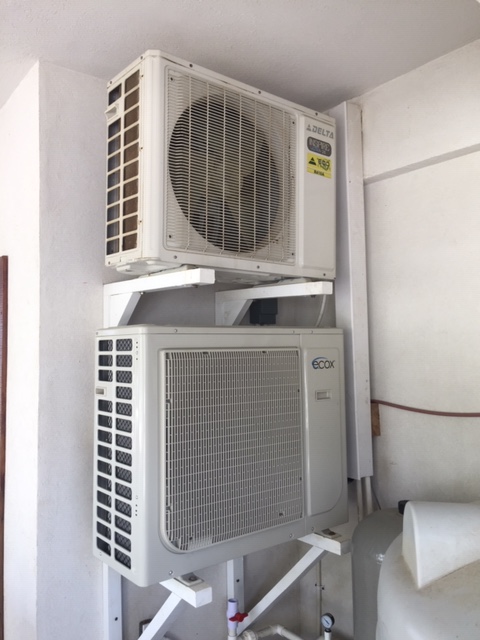 The top unit is the original to bedroom AC unit. The bottom eco X is a new replacement unit.

I called our builder Nelson Montalvo who actually built our house about the issue. He informed us that the AC units originally installed, were purchased by our “original builder/general contractor” at a local store. I asked him if he had ever used this brand and he said no, they were a cheap brand, that he only used “Ecox” AC Units, and had never had a problem with them. 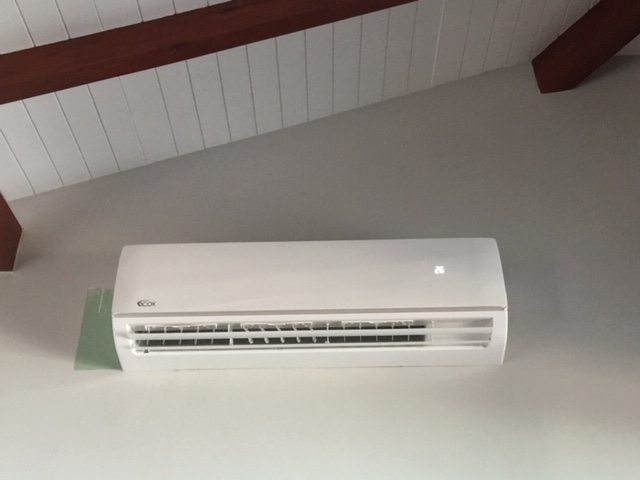 This is new great room AC unit, that is now programmable, and has direction adjustments.

He said he gets his units from one of the major stores in Belmopan, Aggregate Hardware, where we purchased our whole house Generac generator. We drove the 1.5 hours up to Belmopan and purchased the replacement AC unit and had it installed. It works more efficiently, more effectively, and has more useful features. Yes, we paid more for this one than the original, but we live in the Caribbean, and good AC comfort can be essential. If it is to you, it’s a major appliance you need to pay attention to. 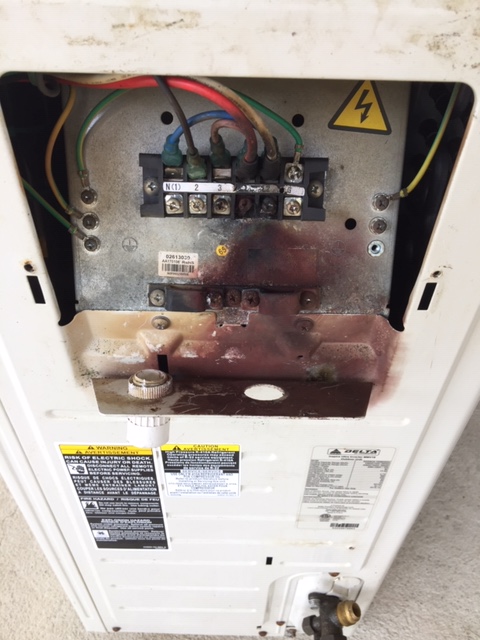 This is the burned electrical unit in the original Delta AC unit. The repairman said the compressor overheated was a dangerous situation.

We are a couple weeks from the final project that needed to be corrected, the replacement of our large, 6-panel window in the kitchen. Along with that, the beautiful granite counter that has been laying on the deck for the past year gets installed under the window out on the deck. After more than a year, we will finally actually be able to open the kitchen window!

And for one of the final times I will say this. It is extremely important to choose the best builder in Belize, and I mean the Builder, not a “general contractor” to build your new home. Don’t be fooled by a smile and friendly handshake just because he is from Canada or the U.S. and speaks English. Chances are he can’t speak Spanish and does not communicate well with those building your house. Believe me, it will be a Belizean Builder that builds your home, one that works with Belize suppliers and knows what works here, not just whats cheap. The book I will be published end of this year will have recommendations and Bio’s of the Belizean Builders I believe is the best here on the mainland. I have seen their work, I know the owners of houses they have built, and I wouldn’t recommend them if I wouldn’t use them myself.

And at that point, I do believe this blog will take a right-hand turn, back to its original venue, world travel. At that point the entire blog will be published as a book I have been working on called, you guessed it!

“Building your new home in Belize, the Good, Bad and Ugly! “

Keep an eye out for the announcement of its released which appears to be occurring in December, on Amazon and other companies in eBook and print form. As I speak I have a well known Graphic Designer, Nada Orlic, designing its cover, my Editor panting, and three publishers anxiously awaiting the first draft.

Until our next meeting, start planning to visit your dream, and finding your paradise. 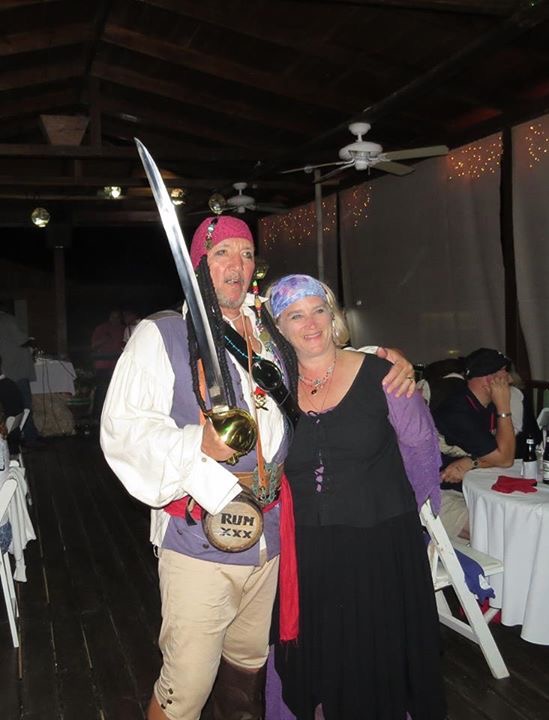 2 Responses to Building your new home in Belize, the Good, Bad and Ugly that can happen.