It’s “Presidents Day”, let’s have a drink and go shopping!

Posted on February 18, 2013 by storiesbygary

It’s “Presidents Day”, A day to honor such outstanding presidents as George Washington and Abraham Lincoln, and of course, a day for all the “Presidents Day Sales”, along with a three day weekend, for some.

In honor of the great presidents past, I say lets drink a toast, of Wine!

For many of us Oenophiles, finding a drinking some awesome wine for this celebration is easy. But all over the world, there is that younger generation, that’s just now being introduced to the wonders of the grape. These are the youngsters that have grown up (smiling here) consistently developing their taste buds and palate, for designer coffee. They don’t drink Maxwell House with a little sugar and crème. Quite to the contrary, the have been raised in a Starbuck generation. 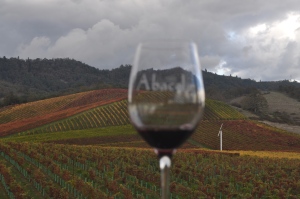 That being said, there is a trend that will disturb many of my Oenophile friends I am sure. Throughout the world today, the younger generation is sipping wines, even some really good wines, mixed with cola. That’s right. Some things it appears do go better with Coke.

The drink has a name and that name is Kalimotxo. The name is a challenge in itself to try to pronounce, probably more after indulging in one or two. For those of you unaware of this fairly new “cocktail”, it is well known in Spain, Chili, Romania, Yugoslavia, Hungary and Germany. Recently I became aware of the fact that it has spread to Japan where it is the rage of the bar scene, and you can even get it in a can like beer and soda. 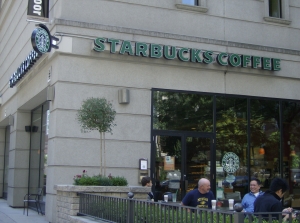 Kalimotxo is basically a fifty – fifty mix of red wine and cola. Now I say it’s “new” only because it is just now starting to make the scene here in North America, but has been around in Spain since the 1070’s. There it has become the party drink, is served in most bars, and if there is a party going on, this is where it shines.

They say it was introduced to the world in Spain during a Basque festival in 1972 when a group of people felt the wine they were served tasted like …well…crap. In order to make it more drinkable they decided to add some cola and low and behold, a new cocktail is born. Back then it became known as Cuba Libre del pobre, which translates to “poor mans Cuba Libre”, or Rioja. It quickly spread to Eastern Europe where it has become very popular, and is now known as “diesel fuel” in Romania.

Now for the average “wine snob” who only sips from a glass of what he or she believes to be an excellent vintage, served at a proper temperature, and only aged to perfection, this will not be your “cup of tea” so to speak. But for those that can think out of the box, this is not only a great summertime refresher, but also a way to use and enjoy the remains of that bottle of red wine, be it great wine or maybe an “Upchuck Red” from your barbeque that someone you didn’t know brought for everyone, and nobody drank. Mixing with cola, and maybe a wedge of lemon or lime, and smother it with ice and you have a refreshing delicious and refreshing summertime drink.

Now you may think I have really lost it with this article, a far cry from my usual articles about great wines from great wineries and outstanding wine regions, but there is a place for using wine as a blend or mixer, and this isn’t a new concept. Think sangria! Sangria has been around for a very long time in Spain and many other parts of the world, and is also a mixture of different ingredients, including red wine, and sometimes some very excellent red wines. I recently had the pleasure of interviewing a well known and excellent Winery Owner / Vintner from Southern Oregon, who introduced me to his Sangria recipe from Spain, in which he used his most precious wineries possession, his Tempranillo. But more on his Sangria and the interview in an upcoming article on Sangria.

As with almost everything else in this world, there is always someone that just has to mess with perfection, and the Kalimotxo cocktail is no exception. Simplistic in its original form, someone decided it needed to be tweaked, so in different parts of the world when you order one of these you will find the taste of blackberry liquor in it, or in Greece the flavor of Ouzo when the bartender adds a splash to the cola and red wine. A twist of lime or lemon is certainly most often found and does add a crispness to this cocktail

As far as what to serve the drink in, there is no standard either, unlike wine or martini glasses. From large glass tumblers to plastic drinking glasses, it’s not as important what it’s served in, rather what’s in the container. In fact, in Spain the youth in order to drink “on the cheap” mix their Kalimotxo in plastic bags like shopping bags! They use really cheap red wine to mix with the cola, squeeze to mix, and then pour into empty soda cans to drink.

So the next time you have some left over red wine from the night before, maybe you will decide to challenge your palate, and see if these kids have found a new cocktail for the deck this summer?

I am a Freelance Writer / Photographer, writing travel related articles for international magazines, blogs and websites and my own published books.
View all posts by storiesbygary →
This entry was posted in travel, Uncategorized, wine and tagged cocktails, holidays, mixed drinks, parties, red, storiesbygary, summer, white, wine. Bookmark the permalink.