The continued adventure of living in Belize, and building a new home.

Start of another beautiful day in Belize

You probably have noticed that we have been taking a “holiday” from the construction phase of our new home the past few weeks. Both the crew and I probably need the break, and as it works out, things really do “happen for a reason”. First of all, my lovely wife Marsha was able to come down for a short visit, only a week, but as good luck would have it, so were a bunch of our good friends.

How do you like the custom stand I had made for our water jug ? 🙂

One of the fun things we did together was plan an entire day together, starting with “brunch” at our good friends Jimbob and Valerie’s lovely bamboo home. Bloody Mary’s and Mimosa’s  do have a way of getting people ready to party all day and night! 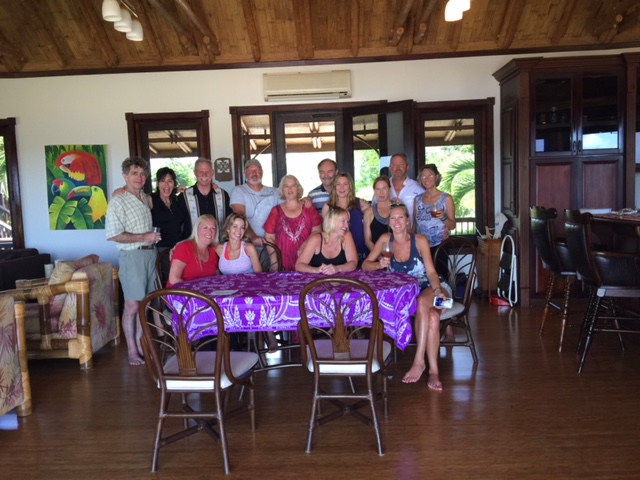 What a motley crew, our little “gathering” at the Slocum’s beautiful house

Next stop was to travel to the town of Hopkins and everyone’s favorite riverfront bar, the Curve Bar. Not only are there awesome food choices and cocktails, but they are home to a almost 12 foot crocodile! I do believe he has gotten this large because they feed him patrons that can’t pay their bar bills?

We followed a few hours at the “Curve”, to another friends lot and more importantly, pier and screened in room, directly on the Sittee River, for SHOTS! 😉

Another day the boys (and one lady) headed out to sea for a day deep sea fishing, which I must say was awesome.The Pirate had the pleasure of being the only one aboard that caught a shark and a seagull!?

Gilligan ! Did you bring that cooler of 1 Barrel Rum ?

Now getting back to the build, and surprises that can and often do happen without notice. Marsha and I over the past year have been lucky enough to meet the owners of the houses on either side of us. That’s lucky because they are owned by Expats that don’t live here full time. That being said, we have a vacant wooded lot to our right, that we were told was purchased by a young couple about 8 years ago. They were supposedly not interested in building foe 20 years?

The other day they showed up at my doorstep, introduced themselves, and told me they were having a construction company clear their treed lot, tomorrow! They also told me their plan is to start building a house in the fall. 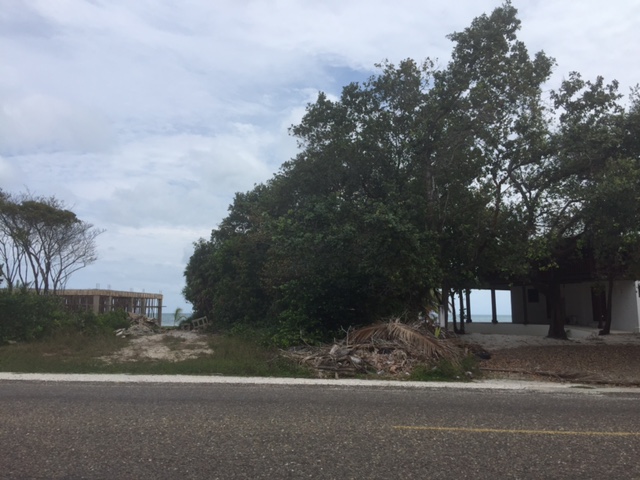 Lot between our house and neighbors

I was actually thrilled to hear this because having a vacant treed lot next to me isn’t the best of situations, for security reasons. Also, locals have been using their lot as a dump!

Things were going good until they brought up the fact that our builder and crew had set up a worksite, along with piles of lumber and stuff, on their side of the lot line. As they are planning on having the entire lot cleared and leveled. they needed this stuff removed, before the next day. Telling them I agreed, and that we had no idea they would be here, I told them I would have everything removed before their crew got here in the AM. 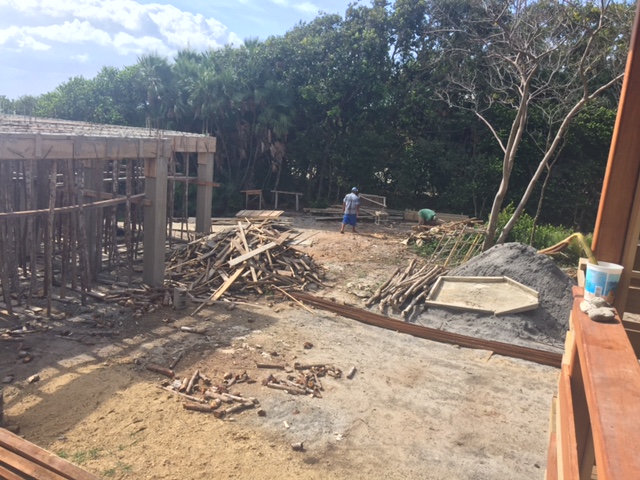 The boys scurry to get stuff over the line ?

It’s this morning, and finally the crew of guys are here removing all the construction stuff, and luckily, because they just showed up with some monster equipment to start clearing.

One thing I have always believed, make good friends of neighbors, and with that said, invited our new neighbors for beers on my deck to watch the clearing 😉

Marsha and Little Oliver taking a last walk on the beach before she leaves ;(

And so the adventure continues.

“May the wind always fill your sails, and the matès always keep the rum in yer cup to the rim!”